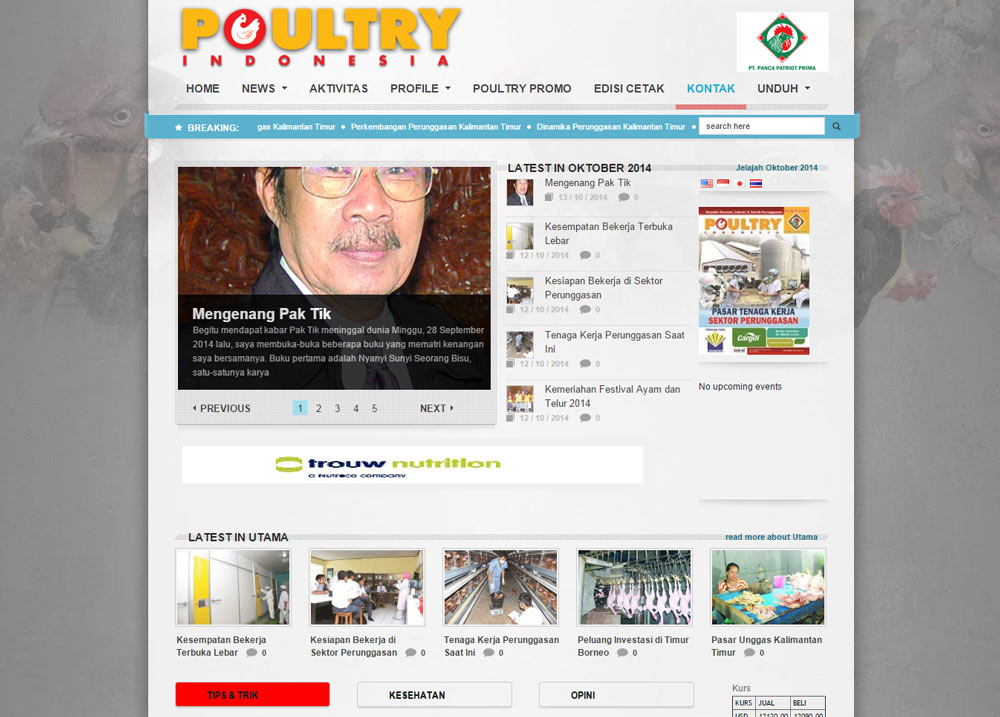 PI website went online for the first time in 2002 in the form of the INDONESIA poultry news portal using PHPNUKE, then in 2007 it was redesigned and migrated to WordPress. In 2012, the second redesign was carried out.
And our journey with PI ends in 2016. What a long journey it is. Now Poultry Indonesia has its own IT team